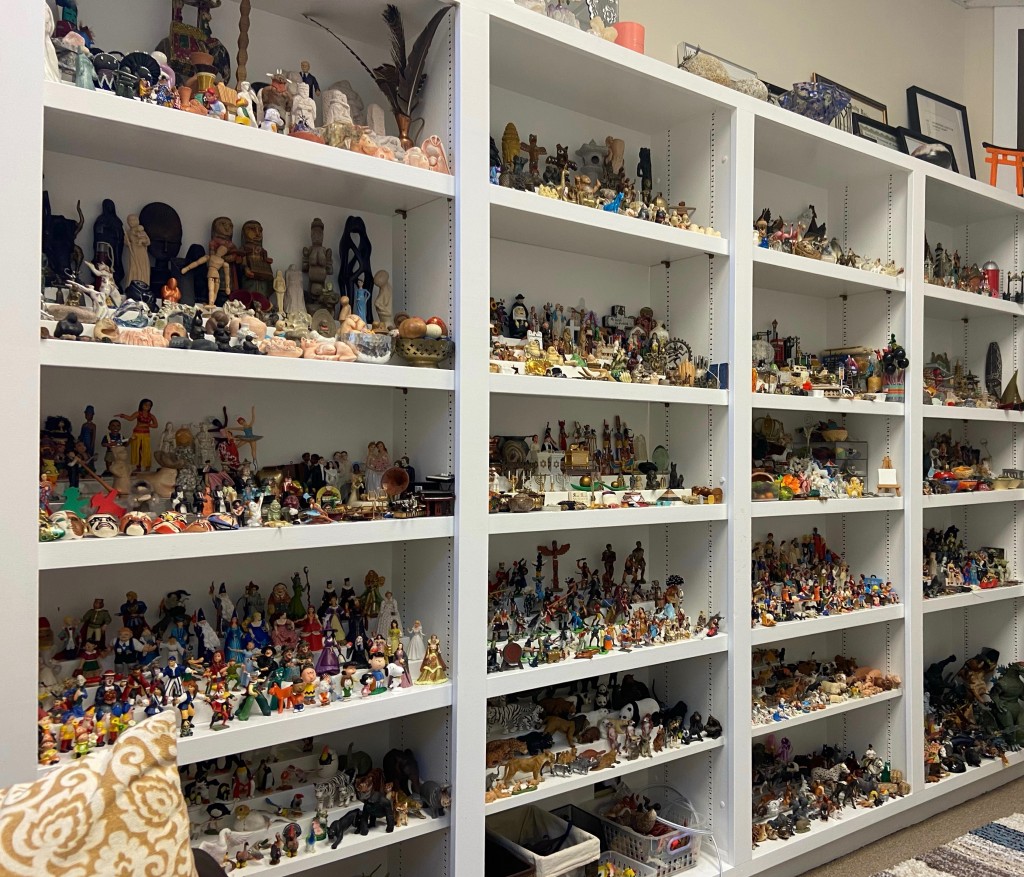 “In order to understand the symbolic indications of the unconscious, one must be careful not to get outside oneself or “beside oneself”, but to stay emotionally within oneself. Indeed, it is vitally important that the ego should continue to function in normal ways. Only if I remain an ordinary human being, conscious of my incompleteness, can I become receptive to the significant contents and processes of the unconscious.”

C.G. Jung, Man and his Symbols

On March 16, 2020, the public health officers of the county where I live directed all residents to shelter in place for three weeks. Covid-19 had begun its savagery with vigor and unknown potential. Within a day, my psychotherapy practice moved from in-person sessions to online. A home computer became the new temenos. Unending weeks of shutdown and isolation turned into more weeks and then months, folding into years. The virus had a worldwide effect. We were all ordinary human beings sharing a foreign and disorienting experience on a collective level.

Like all of my colleagues, I was living in uncertainty, not knowing what the future of psychotherapy would look like. I decided not to renew my office lease and grieved leaving my longtime colleagues and the group practice. I carefully wrapped and boxed hundreds of sandplay figures, and moved everything to a dark storage unit.

As the world changed, the work continued with a new vitality that could only have been imagined just weeks before. A new intimacy formed as the computer brought me into the homes of my patients. There was now an immediate close up face-to-face connection, which added intensity to the work which was exhausting in unique ways. The close up, yet distant, relatedness felt disembodied yet demanding. I felt exposed visually, with such an intense focus on our faces.

The relational container of psychotherapy had included myself, the clients, the sandtrays, the figures, artwork, furnishings, and the overall look and feel of the consultation room. I loved my office, which provided us a sanctuary to engage in the work of the soul. I wondered, how can I create sacred space in a seemingly relationally hollow container? How could I maintain a symbolic attitude without the frame that had become so familiar in my work – my office, the therapeutic relational presence, the sandtrays and figures?

To stay emotionally connected within myself, it was, as always, important to stay related to the symbolic. In the early months of the pandemic three sandplay colleagues and I created a collage group – sharing images, and creating individual collages. We met quarterly on Zoom to share our lives, work, and immerse in our artwork all in an effort to remain dedicated to the symbolic. I was not aware how important this practice would become, but as we gathered for our second and third summer sessions together in 2021 and 2022, we came to see the group as a symbolic container, and our evolving body of collages akin to a sandplay process.

In the absence of working with the trays, I looked for symbols arising within the patient’s psyche, and within the therapeutic relationship. I further honed my capacity to attune to verbal and non-verbal cues, metaphors, images, and recurring symbols, and stayed aware of my visceral reactions to the session material. Dreams became more prevalent with some patients who had previously worked in the sand to access rich symbolic material. Some patients rediscovered a connection to the natural world, finding solace and inspiration interacting with nature. Others engaged in creative processes – painting, drawing, writing, dancing. Others struggled to balance feeling a sense of self when trapped at home balancing work and family life, and our sessions became important touchstones forrelated connection and support for their individuation.

One patient discovered tarot during the pandemic, and began bringing images from the card deck into our online sessions sharing free associations and making connections between the theme of the card and her intrapsychic process. Another began listening to a podcast focused on Jungian psychology, immersing in concepts and ideas expressed, which activated creative thinking and imagery about their individuation. One patient was moved by seeing a familiar figure of Anubis from her sandplay process displayed within view of the camera of my computer. The figure was an important thread between our in-office to online work and relationship.

While it was possible to hold a symbolic attitude in the virtual realm, my felt sense was that at times I was not quite in sync with the patient. Internet delays, lags in speaking, and other technical issues interrupted the field and were now part of the work. I missed having my sandplay collection displayed, and I longed to be in community with other colleagues sharing office space and brief conversations in the hallways between patients. After two years of online work, I rented an office, and brought sandtrays and figures out of storage. While virtual work continued, the action of unpacking and setting up my figures provided an important symbolic container for me. I felt supported in maintaining a symbolic attitude by my community of figures, which infused the office and the sessions.

Some patients, seeing the figures on shelves behind me from their screens, realized for the first time that I was no longer in my former office. Our work had been disrupted and disembodied by the pandemic. Seeing me in a new space gave some a poignant opportunity to share memories of our former location, being with the figures, and creating sandtrays.

Many months after moving into my new space, I began seeing a few patients in person. The first person to engage in sandplay was a child creating her first tray. She carefully chose figures including a mushroom, a fairy, a wishing well, a child with a gold crown, and two brides. “A marriage”, she said, “There’s going to be a marriage.” My reverie was about conjunctio, and the potential for something new to arise. Tears came to my eyes. There was no need for words. I was in touch with how much I had missed just being in the room – and all that is communicated when a sandtray is created, both in the silence, and in the sounds, words and presence of being together.

My experience during the pandemic affirmed that the symbolic can be fed through the tangible work of sandplay, but also the virtual realm of an internet therapeutic relationship. Relating to the symbolic within my own heart and within the interpersonal field reinforces a rich and creative container. In the face of unimaginable challenges and changes, the potential of our numinous human capacity to carry the symbolic in its many forms remains alive. 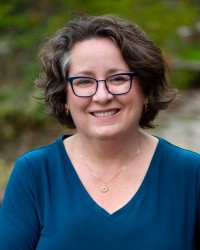 LAURA SOBLE, MFT, REAT, CST-T, JA, is a Jungian Analyst affiliated with the C. G. Jung Institute of San Francisco, an associate editor of Jung Journal: Culture & Psyche, a teaching member of the Sandplay Therapists of America (STA) and the International Society for Sandplay Therapy (ISST), and a registered expressive arts therapist (IEATA). She has published in the Arts in Psychotherapy Journal, the Journal of Sandplay Therapy, and Jung Journal: Culture & Psyche, and presents nationally and internationally on sandplay and the integration of the arts in therapy. Her private practice is in San Anselmo, CA, USA where she works analytically with children, teens, and adults.